Should You Have Political Discussions?

Will you discuss politics at your holiday gatherings this year?

Well, it may be a bit late for your holiday gatherings, but we know a lot of our friends in the Bitcoin community believe in more than just cool technology — they have a genuine dedication to freedom. And we found this memo from our friends over at the Zero Aggression Project intriguing and helpful; we thought others might benefit in their New Year celebration and into the new year itself.

Will you discuss politics at your [New Year's] gatherings?

We hope you’ll avoid it. Instead…

We want to encourage you to ask powerful questions that will plant what we call Mental Depth Charges.

We rarely use the word “freedom” here. That’s because there are three basic versions of freedom. Two of them are frauds. These two are…

Freedom in either sense is merely the sin of pride. The expositors of these views want others to know that they’re better than everyone else. If you disagree, they are morally superior to you.

Frequently, they will try to shame you into silence. Please don’t miss this point. They essentially want to bully you, even in conversation. 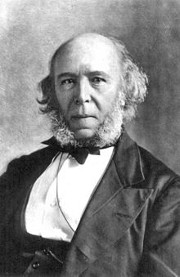 Perhaps in the past, you have been silent. It kept the peace. But why was that burden imposed on you? Maybe you didn’t know what to say. Then let us offer some advice…

Don’t “sell” your policy remedies! Try to avoid talking about politics. That means…

Each person has the right to do whatever he or she wills, so long as they don’t infringe on the equal freedom of other persons.

This is the third, unheard, and most genuine freedom. This is actual liberty.

Yet this view will have no TV commercials. It won’t be saluted at half-time. And that’s because the hierarchy — the structures of power — can’t figure out how to cash-in on it. The forms of so-called freedom they embrace are grounded in avarice — the raw lust to maintain and expand power over others.

Today, there’s little we can do about the fact that our views are not yet broadcast. But around the dinner table, there is something YOU can do.

Instead of discussing politics — the partisan personalities, the abstractions of statistics, and the superstition that any politician can solve a social problem — try bringing a Moral Mirror with you.

You can read the rest over at ZeroAggressionProject.org.